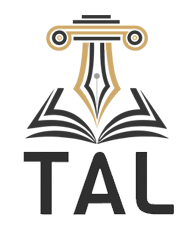 Abstract: Crime is viewed as the ever-increasing disease of society. In general, the administration of criminal justice from the perspective of victims of crime was inadequate. The fundamental purpose of the Criminal Justice is to protect society from crime and penalize the criminal. Nevertheless, there is no equivalent worry in the criminal justice system of people who experienced loss or damage. The pleasure of the victims is that the offender gets punished. Modern criminologists have a propensity to highlight the reform, reintegration and legal help of the defendants. The purpose of the penalty is not only to protect and reform offenders, but also to protect the interests of the victims.

The civilized state does not permit a victim, to preserve law and order in society, to either punish the offender or separate the loss and harm incurred. The Criminal Administration of Justice generally considers that the victim's claim is adequately fulfilled by the guilt and sentencing of the perpetrator.

This old way of thinking appears unfair and inequitable, nevertheless, in this contemporary context, when society and the state resort to all forms of measures for the correction and rehabilitation of the criminal. While today's criminal legislation cannot accept the ideas of punishment and vengeance as a strategy to punishing offenders, the harm and suffering done to the victims should also not be disregarded.

As a new element of criminal law, compensatory jurisprudence is developing rapidly because it has two aims, one, the victims are not lost sight of in the criminal justice system and the other, an accused person is made to realise that he has an obligation to those who have been wounded through his actions.

Movement to review the topic of compensation or restoration of the victim is now increasing in various nations including ours. When criminal attorneys, criminologists, and social workers realise that the offender cannot make restitution for his conduct, the State envisages the option of indemnifying the victim.