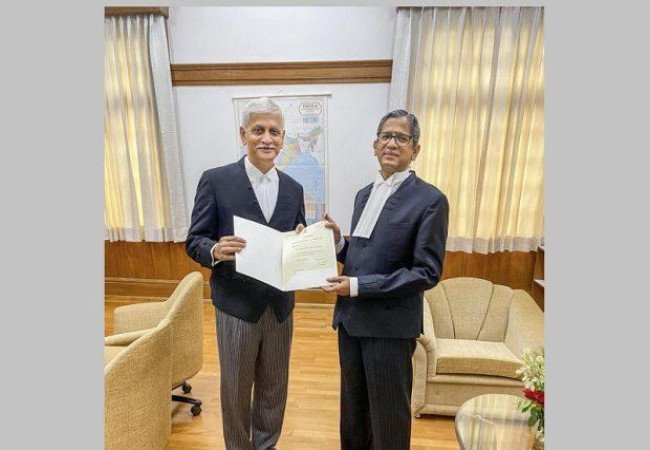 The 49th Chief Justice of India Hon’ble Mr. Justice U.U. Lalit has taken oath today at the Rashtrapati Bhawan in New Delhi. Yesterday at the farewell function of Outgoing CJI Justice Lalit said that My three goals are important as a CJI for next 74 days. The three areas are Listing of Cases, Urgent Mentioning, Constitution Benches.

Justice Lalit was Designated as Senior Advocate by the Supreme Court in April, 2004.   Appeared as Amicus Curiae in many matters.  Appointed Special Public Prosecutor for CBI to conduct trial in all 2G matters under the orders of the Supreme Court.  Member of Supreme Court of India Legal Services Committee for two terms.

Justice Lalit has well known for his Chairmanship of NALSA. The programs to release all the undertrial prisoners and its implementations is the recent example of Justice Lalit Tenure. He is the sixth person who directly appointed as Judge of the Apex Court from the Advocate.

As an apex court judge, Justice Lalit was part of a five-judge bench in the year 2017 triple talaq cases which ruled the practice as ‘illegal’ and ‘unconstitutional’. He had earlier recused himself from the Ram Mandir case by saying that he appeared for Former Chief Minister Kalyan Singh in Babri Demolition case.

I quote former PM Dr. Singh “Judiciary must be encouraged to find ways and means to regulate its own affairs - consistent with the spirit of the Constitution.” 74 days as CJI Justice Lalit can look on the side of pendency of the court, and the matter related to administration Filing, listing & Constitutional Bench matters as well.

The appointment of judges is one of the important part where CJI role is very very important than other. The appointment preserve and defend the Independence of Judiciary at all. The popular Government with its overwhelming majority at centre and Collegium may entered into a tug of war when the former one is not clearing the name of the Collegium.

As the head of this institution the faith of public must not be shaken at any cost. The CJI will come and go but when the stake of the Institution are at challenge then one should have to preserve its dignity. The Supreme Court is last hope and resort for millions of people. The pendency must be reduced at such level the one can easily access and get the remedy by the court.

I wish Hon’ble Justice Lalit All the Best and a fruitful tenure as the Chief Justice of India.